Shutdown, Slimdown, Babylon: The Dangers of One Language

Rarely do current events illuminate a Biblical text as poignantly as the poker game currently unfolding in  our nation’s capital does. The story of the Tower of Babel, which we reread in this week’s Torah portion, is receiving a contemporary reinterpretation on the National Mall. Yet in this post-modern theatrical revival, there are not one, but two towers. On either side of Washington, two severe ideological-political towers have risen, and each side has locked itself in, speaking to itself in “one language and one set-of-words”. Each side has its own blogs, newspapers, TV channels, court jesters, and of course its own “set-of-words” to describe the unfolding reality (the “Tea Party Shutdown” vs. the “Slimdown”). Hearing each side tell the story, one can barely correlate it to the tale being told in the other language.
Granted, some might feel that only one side is stuck in an insular Tower of Babel. But what the current shutdown illuminates so powerfully in our Biblical text is that “the sin” at Babel was not the content of their actions or the values they held. It wasn’t that the people at Babel were idolaters, or rebelling against God, as many commentators hold. Rather, the problem was in their unity and uniformity. Rabbi Naphtali Zvi Berlin, the Netziv, in his commentary on the Torah “HaAmek Davar”, makes this point:

“Now all the land was of one language and one set-of-words” – God did not rise against them because of the content of their beliefs, but because they had only one set-of-words – regardless of their content. For their “set-of-words” became an obstacle to them, as they decided to terminate anyone who did not think like them. (Netziv, Ha’amek Davar Genesis 11:1)

Unity and agreement – desirable in their own right - became insular. Their air-tight logic turned into a suffocating collectivity. Within the confines of their own language, the people of Babel could no longer understand any alternative but their own. So taken by their “one set of words”, they could no longer tolerate anything foreign to it.
Much has been made recently of that fact that America has become a place where people of similar opinions 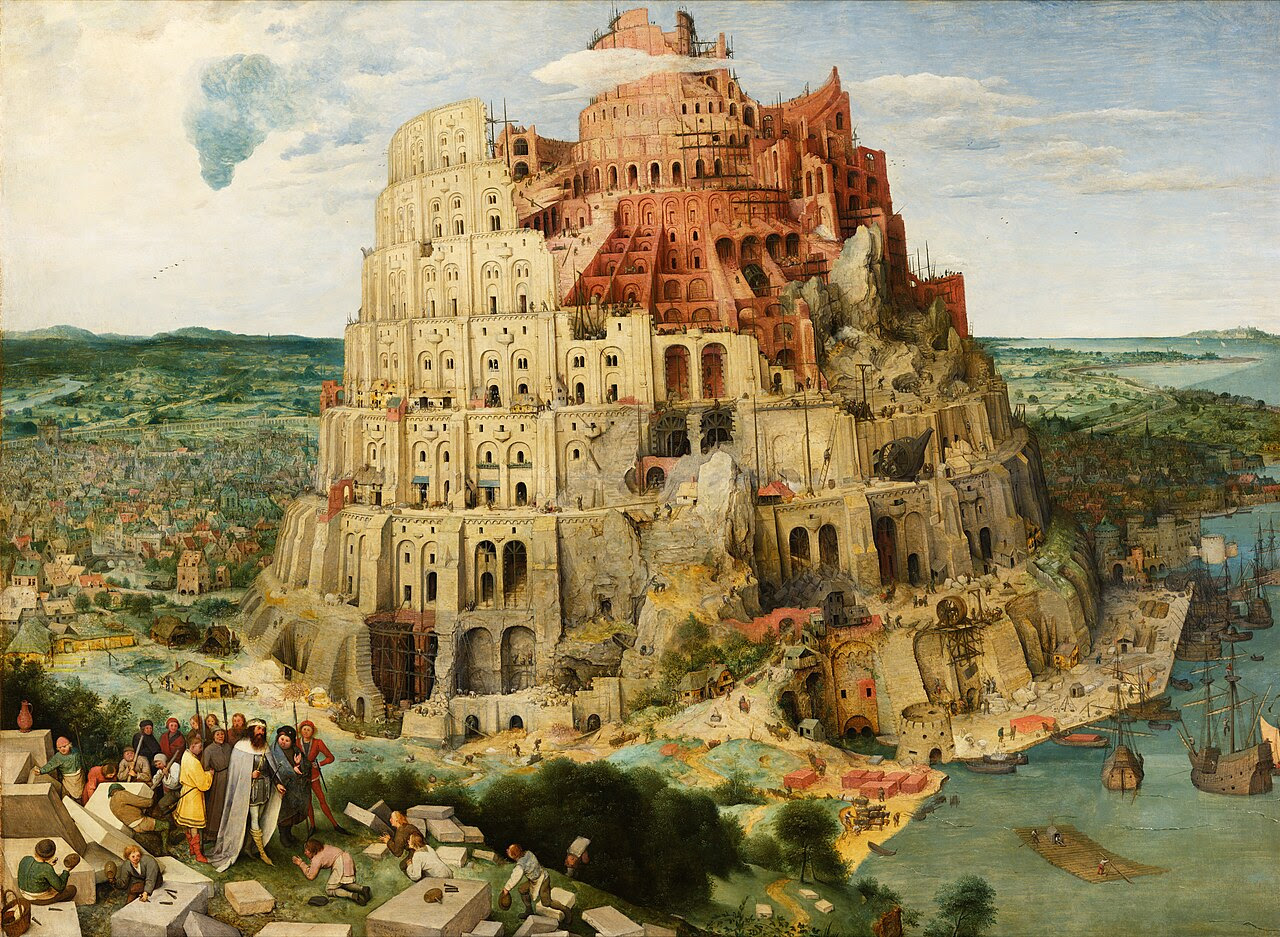 live, work, worship, study, marry and even shop in separate “lands”, receiving their news from “information siloes” in which they hear only what they already think to be true. Have we become a series of Babels ourselves? When is the moment when shared language becomes insularity, when solidarity becomes impermeability, when talking to those who share our values becomes solipsism?

I don’t have a solution to the intellectual and cultural divides in Washington. I also happen to believe that one side here is deeply correct while the other has made a grave error of judgment, one side is stuck in a tower in my opinion, the other is perhaps inching towards it. But I believe one lesson worth learning this week is that we need constant safeguards from becoming siloed in the “land of one language and one set-of-words”, and we need to ensure that our opponents don’t silo themselves off either.
The Bible offers a very strange solution to the challenge of “one-speak”:

“Let us go down and there let us baffle their language,
So that no man will understand the language of his neighbor.”
So God scattered them from these over the face of all the earth,
And they had to stop building the city.
Therefore its name was called Babble.

It is the tale of the invention of foreign languages, the creation of bafflement. Learning to decipher a foreign language, exposing oneself to the incomprehensible, recognizing that one person’s Babble is someone else’s common sense, are crucial safeguards against the destructive insularity of Babel. I do not apologize for the fact that I understand myself and the world through the boundaries of my own language, but I know that there are others languages out there, and that makes a world of difference. If we’re ever going to build some towers together, we’re going to have to make room for a whole lot of affable bafflement, otherwise we’ll never get very far.

p.s. Inspired by the Tower of Babble, and in the spirit of the ridiculousness of some of our leaders, I have been playing  Bob Dylan’s 1961 rendition of a “foreign song I learned in Utah”.

Posted by Mishael Zion at 1:50 PM No comments: