Doubt, Pray, Love: If Only You'd Walk in My Paths

During my last year of military service in the IDF, I was posted to “Camp Shneller”, a base conveniently Shabbes, Shabbes, Goyim!” in protest. I couldn’t resist the temptation and would often prop out my window and respond with a hearty “Shabbat shalom gam lachem, to you too!”.
located in my home town of Jerusalem (after serving in the Gaza Strip as the second Intifada broke out, it was time for a break). “Shneller” towered over Me’a Shearim, the heart of Ultra Orthodox Jerusalem, a dot of army green in a sea of pious black. On Shabbat, wayward Haredi teenagers would come to the gate and yell “

One of the best parts of serving at Shneller was that I was allowed to pop out for prayer services, 3 times a day. Never since have I been as devout a “minyan”-goer as that year… Shabbat had me away from my post for hours on end, as prayer services often turned into a meal hosted by a Haredi family (unbeknownst to my officers…). Continuing a long tradition of Jewish beggars, I quickly learned which families served the best food and developed a strong preference to their synagogue. I’m forever indebted to the gracious hospitality of the families of Me’a Shearim…
It was at one such meal that my host informed me: “Someone who follows Halakha is not afraid of anything!” I perked up, as I had always thought Haredim – which literally means “those who fear” – are defined by their fear. Whether they fear for God’s word, or fear Modernity and his henchmen - secular Jewish sovereignty and smartphones. He surprised me by reaching to a shelf and pulling out a Quran. He read the Surat Al-Fatiha, the opening chapter of the Quran and the centerpieces of Muslim Prayer:
Praise be to God, Lord of the Worlds!


Merciful to all, Compassionate to each!
Lord of the Day of Judgment –
It is You we worship, and upon You we call for help.
Guide us to the straight path,
The path of those upon whom your grace abounds.
Not those upon whom anger falls,
Nor those who are lost.
(Quran, Opening / Fatiha)

He continued to tell me his life  story – a classic Israeli tale of becoming religious: growing up in a secular home, travelling to India after the army, encountering spirituality. Something drew him to Islam – and there this Sura found him. The metaphor of the paths stuck with him. Living a fully modern life, all paths are open to me, he felt. But they are not equal. Some paths might incur divine wrath. Most will simply get me lost. How to find the STRAIGHT path, and what guides will help stick to it. This question eventually led him to a life where there is not only a straight path, but a narrow one. All the better to stay on it…
To him Halakha – literally walking the path – means one never has to fear losing one’s way, for there are clear signposts along the path. There is never any doubt – Halakha defines the boundaries of the path, and thus provides certainty to those who walk on it. This week’s Torah portion, Behukotai, opens with a similar metaphor:
At first glance this a simple conditional proposition. If we walk along the straight path – we will receive blessing. If we do not, we will find ourselves among “those upon whom anger falls” (read the rest of chapter 26 to see what happens to those unfortunate souls…). 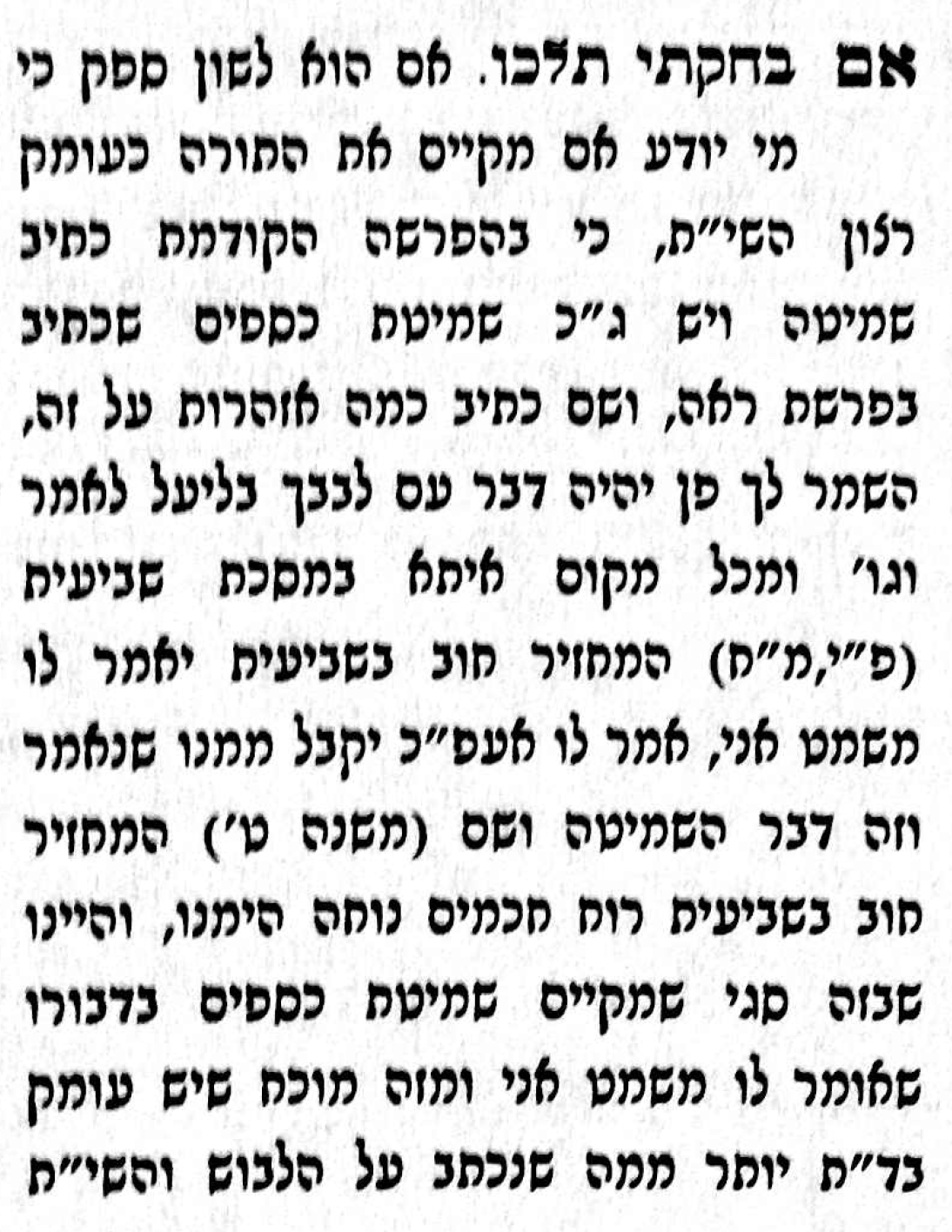 Rabbi Mordechai Lainer of Izbica, in his radical Hassidic Mei haShiloach, flips the certainty of “walking the path of Halakha” on its head.

“If you follow in My laws” – “if” is a language of doubt. For who can know whether they are fulfilling the Torah to the depth of God’s intent… 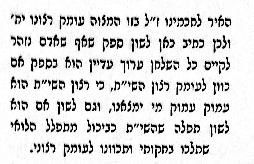 And for this reason the verse here uses a language of doubt, “If you follow in my laws”. For even if a person fulfills all of the Shulkhan Aruch [the classic treatise of Jewish law]– he is still in doubt whether he arrived at the depth of Divine intent. For God’s intent is deep, too deep to find.
In addition, “if” is a language of prayer. For God – as it were – is praying: “If only you would walk in my laws and reach the depth of my intent…”
(Mei HaShiloach, II Behukotai)

Yes, there is Halakha. But there is also Divine will. And those two are not always aligned. Admitting the gap between the two is a radical move for Jewish tradition. If there is a hope for a liberal, progressive Halakha, it lives in the crevices between the two.
And amid those crevices, God prays. The Mei haSiloach touches here upon another deep anxiety: that people will understand not only what I said, but what I mean; what my intent is. Whether God or Human, there is a huge gap between what we say and what we mean. Between the initial instruction and actually walking the “straight and narrow”. Recognizing this doubt, whether in regard to Divine intent or human intent, is hard. But navigating the gap is the task of those who seek to truly walk the path, straightening the crookedness of the path with their heels. In the face of doubt, the honest response is not a façade of certainty, but a quiet prayer. I hope you understand what I mean.

Posted by Unknown at 6:24 AM No comments: