Travelling to the Tzaddik: The Bronfman Fellowships at 25

In honor of BYFI Faculty, 1987 to 2012, who have served as Tzaddikkim to so many Bronfmanim 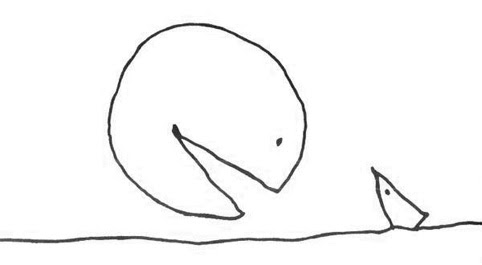 I shared these words at the Bronfman Fellowships’ 25th anniversary celebration in NYC last week, where over 300 members of the community came together to celebrate a generation of Bronfmanim. It was an extremely moving, funny and inspiring evening – thank you to everyone who made an effort to join us, and those who where there from afar. While touching upon the broader theme of journeys, these words are very fitting to Parashat Lech Lecha, the parasha of that first journey from which all of our personal journeys flow…﻿﻿﻿﻿﻿﻿﻿﻿﻿﻿﻿﻿﻿﻿﻿﻿﻿﻿﻿﻿

We are a community rooted in a journey. We joined this community by travelling with strangers to an unknown place. Along the way, we've made for ourselves inspiring teachers and acquired valuable friends. That trip ended many moons ago, but the journey is far from over. Now, as adults, we ask: What does it mean to be a Bronfman Fellow so many years after that summer of learning is over?
In a loose response, I offer this short text in which Reb Nachman asks “Why do we go on journeys?” In his language, the journey has a destination: the tzaddik, the rebbe, the teacher. In order to answer this, Reb Nachman uses two old friends: a text about a baby and a text about an object.. In classic Jewish style, he takes these texts far beyond their original intent.
The first text tells of how when we were in our mother’s womb, we knew all of the Torah. A moment before we were born, however, an angel comes and smacks us on the face  (in some modern versions it’s a gentle kiss, but in the Talmud he smacks…). We immediately forget everything, left with only a groove below our nose. And at that very moment we are born…
The second text is the first mitzvah schoolchildren study in the heder: the mitzvah of השבת אבדה – the obligation to return a lost object. It is the foundational Jewish statement of responsibility: “What’s this? It’s not mine! Why should I pick it up? I didn’t lose it! It isn’t my fault I happened to find this! You’re telling me I need to find the owner of this object and return it to him?!”

So why do we go on journeys? Let’s hear Reb Nachman’s  explanation:

Know, that one must travel to the tzaddik
to seek that which one has lost.
For before one is born into the world, they are taught and shown
everything they need to create and labor and achieve in this world.
And once out in this world – it is all forgotten from them, as our Rabbis teach (Talmud Nidah 30:2).
And this forgetting is like losing an object,
as our Rabbis called the one who forgets "someone who has lost",
as they say (Pirkei Avot 5): "Quick to hear – quick to lose".

And one must return and pursue their lost object.

But the tzaddik does not return the lost object to the person
until she searches them that they are not a liar or a charlatan
as the Talmud interpreted the verse: "Until your brother searches for it – and return it to him (Deut. 22:2) – Until you search your brother that he is not cheating" (Talmud Bava Metzia 27:2). 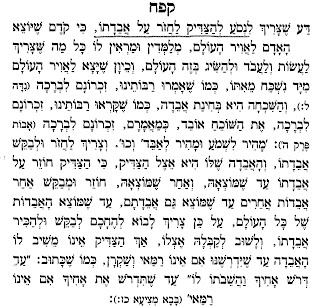 Reb Nachman is an existentialist: the human condition is one of being lost. Being born is to have forgotten. But he is also a romantic: there is a purpose to our birth, something we each were born to create and labor and achieve in this world. We just seem to have misplaced it somewhere. The entire world is on a journey, seeking for their missing object – even if they forgot that that’s what they are doing.
This might seem quite depressing, a world of lost people. But the only thing sadder than having lost is not to know that there is something we’ve forgotten, to stop looking for it. I know for myself, at times I tire of the search and take a break, wondering if I’m settling for less. With the passing of time I become cynical of the whole endeavor.
And then, I encounter a Tzaddik: those people who make me yearn for something beyond, who connect me to something greater that I seem to have forgotten. Some of my best tzadikkim are not people at all, but places and books, texts and rituals, communities or times of year. I know of people who have found it in a sharp question from a friend late at night, or in a pine-nut, or a niggun.
For me – and Reb Nachman might have actually meant this as well – the true tzaddik doesn’t find the object for me. It is not about authority, it is about relationship. The tzaddik points in the right direction, asks the right question, and creates the space (or the community) in which we can find our object again on our own.
There is one condition however: You have to be real. “The tzaddik does not return the lost object to the person - until she searches them that they are not a charlatan”. You have to be looking for your lost object – not somebody else’s. This is perhaps the hardest part of it all: we have to bring ourselves, earnestly and honestly. It is about a modesty, an authenticity, an integrity. It is only then that our journey can truly be our own.
This text is at its best when it turns this journey from a self-centered trajectory into an act of giving. For once you’ve found your own object (or one of them, at least), immediately you have a responsibility. You’ve found your object? Looks like you’ve got a real knack for this! Great, now help others find theirs. Some might call this leadership.
This is the endeavor of our community, of being a Bronfman Fellow. Having gone on journeys ourselves, we have some skill at helping others with their lost objects. Wherever we go, we create communities in which such questions can be asked, where ideas matter and different perspectives can be heard; where people are reminded of what they’ve lost, and serve as teachers to eachother along the path. Our journeys take place on different planes, in separate languages, with different norms. For some it is an intellectual journey, for others a spiritual one. But for all of us there is a commitment to create spaces where such journeys can take place, for ourselves and for others.
Even though it has been a while since that journey started at 17, we come together from time to time, in our inboxes and in person, in joint projects or shared arguments, to that place which reminds us of our missing objects and of that which we were created to “toil, work and achieve in this world”. Travellers in diverse paths, we share the same love for the journey, and for the ongoing search for that which we have lost.
Posted by Mishael Zion at 5:22 PM No comments: