Isaac and Ishmael: A Call to Study this Jewish New Year 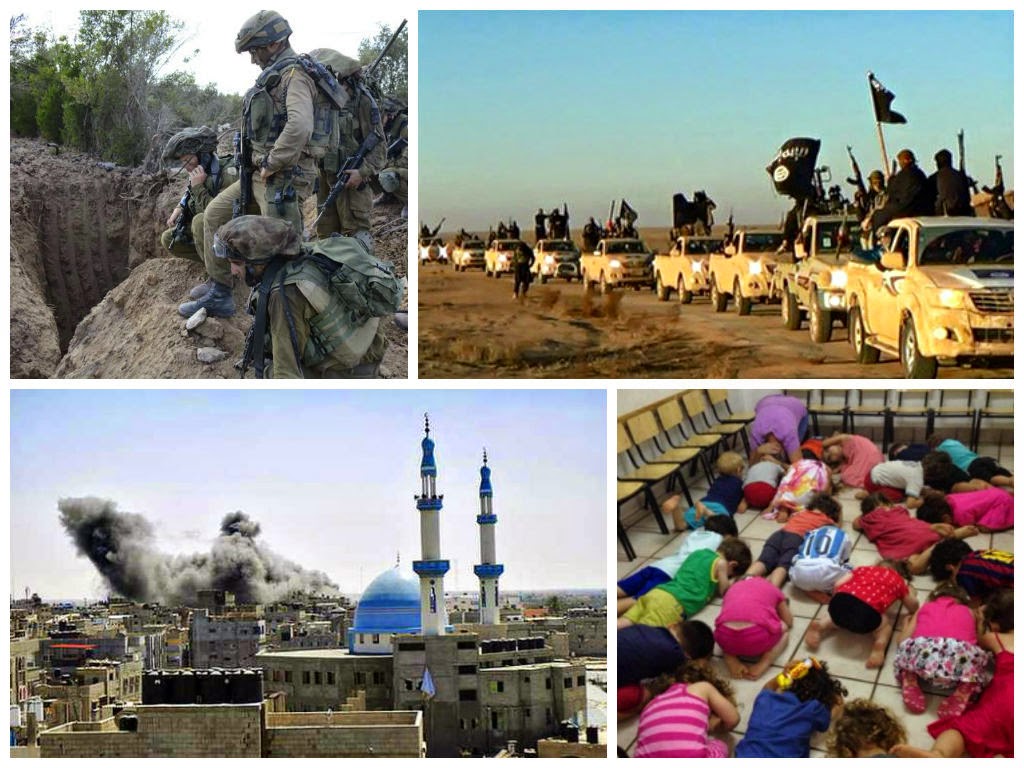 The drums of religious war sounded again this year in the lands of Abraham. In Syria and Iraq, Israel and the Gaza strip, the battle over who carries the Abrahamic promise has reignited. Can Rosh HaShana, the Jewish New Year, bring a relevant message of hope to a world yearning to stop the violence?

The Power of Text Study
Throughout the year we give primacy to action – political, civil and, when needed, military. On the High Holidays we turn to the power of prayer. But much overlooked is the power of study. Studying ancient texts can help reframe our existence, heal our hearts and energize our limbs. Text study can change the world.
War mongers proudly use religious verse to incite heinous deeds. The liberal response is often to vacate the playing field of religious conversation altogether. This abandonment, however, is the quintessential desecration of God’s name in the Talmudic sense – associating God with death and dishonesty. This year, more than ever before, we must populate the world with a vision of God and Humanity so life-affirming, complexity-loving, and peace-seeking, so as to turn the tides of this desecration. Our resistance practice should be, in part, the study of our religious texts. We must weave them into a discourse of nuance, tolerance and peace, both within and between our respective religions.
The Jewish New Year grants us just such an opportunity. The Torah portions for this holiday tell the distinct tales of Abraham’s two sons, Isaac and Ishmael. The texts themselves are simultaneously tragic and heroic. They raise hard-hitting ethical questions and uncomfortable dilemmas. In other words, they are real. As we re-live the sibling rivalry of Abraham’s children, we must return to the tales of those two sons.

Two Bindings
On the second day of Rosh haShana Jews the world over read the story known as the Binding of Isaac (Genesis 22). Abraham is commanded to offer up his son, bind him (in Hebrew "akeidah”), only to be told to drop his knife at the last moment. This act is considered the founding expression of religious devotion in all three Abrahamic religions. It is Abraham's "submission", or "islam", which give that religion its name. In Christianity the Akeidah is seen as foreshadowing God's sacrifice of his own Son. Jews beseech God for forgiveness on Rosh haShana based on the merit of the Akeidah, sounding the Shofar, the ram's horn, a reminder of the ram that was offered up instead of Isaac on that fateful day.
But on the first day of Rosh HaShana, before the Isaac story is read, we read the preceding chapter, which tells of the banishment of Ishmael, Abraham’s first-born son (Genesis 21). Born to Hagar the Egyptian, Ishmael is banished by Sarah, who demands of Abraham: “Drive out this slave-woman and her son, for the son of this slave-woman shall not share inheritance with my son, with Isaac” (Gen 21:10). God concurs and Abraham obeys. Of all the texts to read on the New Year, why this one?

One Story
The answer to this question perhaps lies in the fact that these two chapters are in fact the same story, twice told. There is not one Akeidah, but two: the Akeidah of Isaac and the Akeidah of Ishmael. The parallels are stunning, and appear not only in the plot, but in the very words used in both tales: From the time of day - “Avraham started-early in the morning, he took some bread and a skin of water and gave them to Hagar” (Gen 21:14) and “Avraham started-early in the morning, he saddled his donkey, he took…Yitzhak his son…” (Gen 22:3)
Through to the last minute call of salvation: “God’s messenger called to Hagar from heaven and said to her… Arise, lift up the lad and grasp him with your hand” (Gen 21:17) and in the case of Isaac - “The Lord’s messenger called to him from heaven and said to him: Avraham! Avraham!... Do not stretch your hand against the lad” (Gen 22:11). Both tales end with a divine blessing: Ishmael - “a great nation will I make of him!” (21:18). Isaac will carry God’s covenant.

What is the meaning of this parallelism? Studying these texts offers us an opportunity to ask how our stories – the children of Isaac and of Ishmael – are intertwined. Are we total strangers to eachother – or are we brothers, cousins? Can we not inherit together? Are we playing out the consequences of narrow-minded jealousy or of righteous protectiveness? What role – as perpetrators and heroes - do God and Humans play in this drama? How does one heal from centuries of sibling rivalry? When we see the conflict through this biblical lens, one thing becomes clear: we are stuck in the same eternal story, whether we like it or not. Can we turn this cruel fate into a shared destiny? 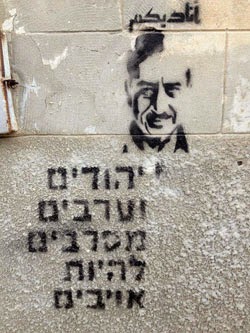 As I returned to these stories this year I noticed something that hadn’t occurred to me before. Both texts end with the protagonist lifting their eyes.
“And Abraham lifted up his eyes and saw: there, a ram caught behind in the thicket by its horns!” (Gen.22:13)
“God opened [Hagar’s] eyes, and she saw a well of water; she went, filled the skin with water, and gave the lad to drink” (Gen.21:19).
Stuck so deeply in their own interpretation of reality, Abraham and Hagar believe their only option, indeed, God’s will, is to see their children perish. With the call of the angel, an expansion of the horizons takes place. The notice something they couldn’t see before: a well in the distance; a ram entangled by its horns. Mired as we are in the vicious dynamics of this past year, our texts can help us imagine a new reality. Let's lift our eyes and see it.

Interested in studying these texts yourself this New Year? Click here for an experimental study guide for each chapter: The Binding of Isaac and the Binding of Ishmael.

Posted by Mishael Zion at 8:06 AM No comments: