Disneyland and Zion: Between Main Street and Fantasyland

Hollywood (of the 20’s and 30’s) was a community of Utopians: Genteel utopians on the right who envisioned a brave new world of decent upright, upper-middle-class Americans; and starry-eyed utopians on the left who envisioned a world of compassionate, morally lathered comrades smiting injustice. In the balmy unreality of southern California, one could actually believe in the realization of these images, in the perfection of the world, just as one perfected the world in the movies.


Over Passover break we went on one of the quintessential American pilgrimages: we took our children to Disneyland. Long before the rides, the princesses and the castles, one is struck by Walt Disney’s greatest fantasy: Main Street, USA. This boulevard of frozen-in-time-turn-of-the-previous-century-small-town-America is the epitome of the first Hollywood utopia described by Gabler above, the “genteel …brave new world of decent upright, upper-middle-class Americans.” As the trolley drives down the town road built to look like Walt’s childhood upbringing in the mid-west, one yearns to “return” to this ideal American world.

Yet Main Street’s ode to the normal seems to contradict in full with the European Castle down the street, the world of princesses and fantasy versus the meritocratic sanctification of the mundane.  Disneyland holds an unsolved tension between the desire for a normal, small life on Main street, and the desire to be redeemed from the street by and become aristocratic princess in Sleeping Beauty’s castle. Those two desires: normalcy and chosenness both contradict and feed each other throughout the park and arguably – throughout America.

I pondered this tension between utopia and normalcy, chosenness and egalitarianism as I returned to this week’s Torah portion and its ultimate call: “קדושים תהיו, כי קדוש אני” – “You shall be Holy, for I am Holy” (Leviticus 19:2). This week, as Israel turned 65, I wonder how the creation of the Jewish State engaged the tension of normalcy and holiness.
In many ways the early Zionists desired to create their “Main Street, Israel”, a calling to shed the shroud of sacredness and bring Judaism into the secular. The cultural Zionists like Bialik bemoaned the fact that Diasporic Jews don’t write secular epic novels like other nations. The labor Zionists, like AD Gordon, claimed that only an exit from the “kodesh” into an immersion in “chol”, laboring like “all other nations”, would heal us. The political Zionists like Ben Gurion cried that we need to get over our own “chosenness” and realize that all nations are chosen, and we must learn from them all on the path to statecraft (even from America!) - - 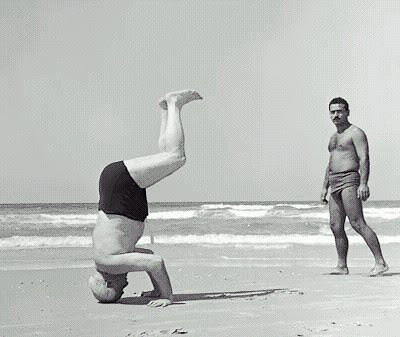 Let each nation believe that he is the chosen people, and indeed all people are chosen, and we shall learn from them all. We shall identify the good and choose it, and identify the evil and stay away. There are lights and shadows in all nations -- including our own.[David Ben Gurion, “Let the Vision Rise”, an address to Labor Party Youth, 2.7.1949]


In the generation after the creation of the state, many secular Israelis embraced this call to normalcy. Most known for this position is AB Yehoshua, who dedicated a collection of essays to writing “In Favor of Normalcy”. For him –as generations of Bronfmanim have heard – Israeliness is the full inheritor of Judaism, healing its neurosis of “otherness” into a vision of normalcy. The desire for normal life becomes the sole utopian vision – for Jews as for all nations.Assaf Inbari, one of Israel’s most interesting up and coming intellectuals, is sharply critical of Yehoshua and his generation – describing them as a “generation of bankruptcy”. They turned secular Israel normalcy into the only goal, and in so doing dropped the ball of Judaism and lost the interest of all those to whom Judaism continued to play a big role. In fact, they lost the interest of the normal Israelis they themselves were trying to create.

A secular kibbutznik himself, Inbari believes that we must embrace both the desire for normalcy and the aspiration to holiness.  In a class to our Israeli Bronfman Fellows this winter, he shared how the early Zionist ideologues believed in both of those ideas. They desired to be “as one of the nations” but also espoused a deeper connection to an authentic Jewish mission. Here, again, is Ben Gurion, this time espousing not the desire for normalcy, but a reconnection to a grand messianic drive:

“Israelis… must deepen within them a Jewish consciousness which takes in from the great spiritual inheritance of the Jewish people, the Jewish and universal redemptive vision which our prophets have left us.” [Ben Gurion, Letter to Nathan Rotensterich 9.9.1956] 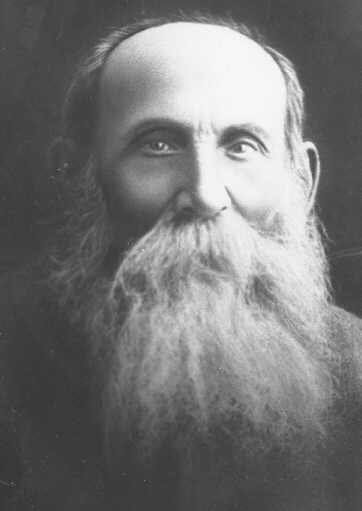 Or as AD Gordon put it:

If we shall simply follow the lead of others nation, what will be created here will simply be a Hebrew translation of European life, as the Socialist Zionists would like to see here. Such a society will never exist or thrive, for it will not have the greater spirit which energizes, activates, enlivens… Only an independent national creation, an independent life, a place to grow from our own accord – only that has power enough to draw the heart, enliven the nation.[AD Gordon, The Construction of the Nation, 1920]


What AB Yehoshua misses is that when Gordon called for a return to labor, Avodah, he was calling Judaism to enter the secular, but without letting go of the fact that in Rabbinic Hebrew, the term “Avodah” refers to the worship in the temple. This is the power – and explosiveness – of Israel, the ability to speak in both normal and holy languages in the same word. It is a taking a page from the Baal Shem Tov’s idea of worshipping God within the secular – “in all your ways you shall worship him”. It is being a princess while working at the store on Main street.

This combination of holy and secular, of ultimate meaning and total mundaness can be dangerous. But just as much as I fear the ability of the Holy to become a blind fundamentalism, I fear the ease in which “normal” life becomes a vapid, thin existence. Within Israeli and American culture we have both of these extremes, as we probably each do in our own personal stories. This week’s parasha is a call to return to the sources of Holiness in our life and society, just as much as this week’s events are a calling to remember the importance of the normal. May we walk this line with grace.

p.s. Unpacking Disneyland and the two visions of Hollywood – the liberal vs. the conservative one, is still busying us in America. Walking down Disney’s fabricated Main Street, USA, you can’t help but realize that behind the façade of small, local businesses stands one mega-store run by an international corporation... For a classical cultural criticism of this site see Jean Baudrillard’s unpacking of Disneyland as a “hypereality”.