What we are talking about when we talk about Hametz 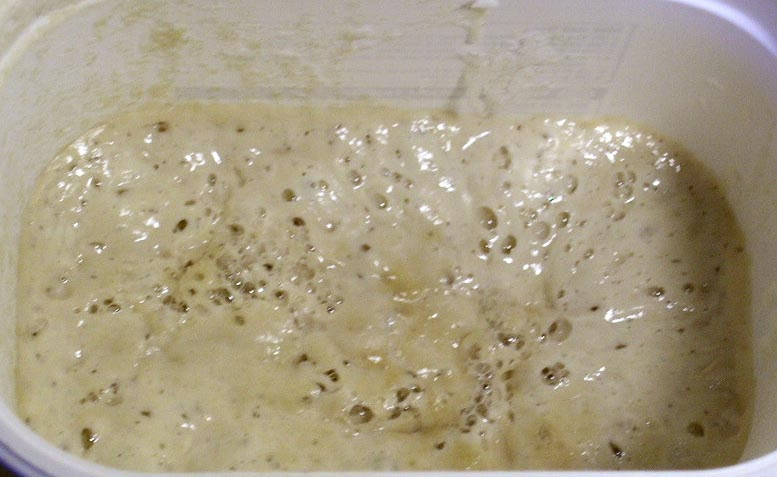 It never ceases to amaze, the all-out war on yeast declared each year by thousands of families. Whether it plays out as a complete eradication of all household dust - spring cleaning under the guise of religious fervor - or simply the purchase of over-priced products marked with KP and inevitably including some amount of coconut – the prohibition on Hametz during Passover remains one of those delicious mysteries of Jewish civilization.
And like any good mystery, it has its share of shot-in-the-dark interpretations, embellishments, re-interpretations and radical departures. As I leave my house with a cardboard box, ready to burn Cheerios in the crisp spring air, here are a few of my favorite interpretations to the idea of destroying unleavened bread.

That Original Levain. We used to believe that for every ritual there is an “original” explanantion, the historical contextualization which would somehow edify our modern practice, and hopefully show how moral and progressive we were “already then”. These days that doesn’t seem to hit the spot as much as it used to. And yet, as we turn to whatever Hametz was in ancient times, the literal Biblical commandment brings us straight into the kitchens of our ancient mothers. 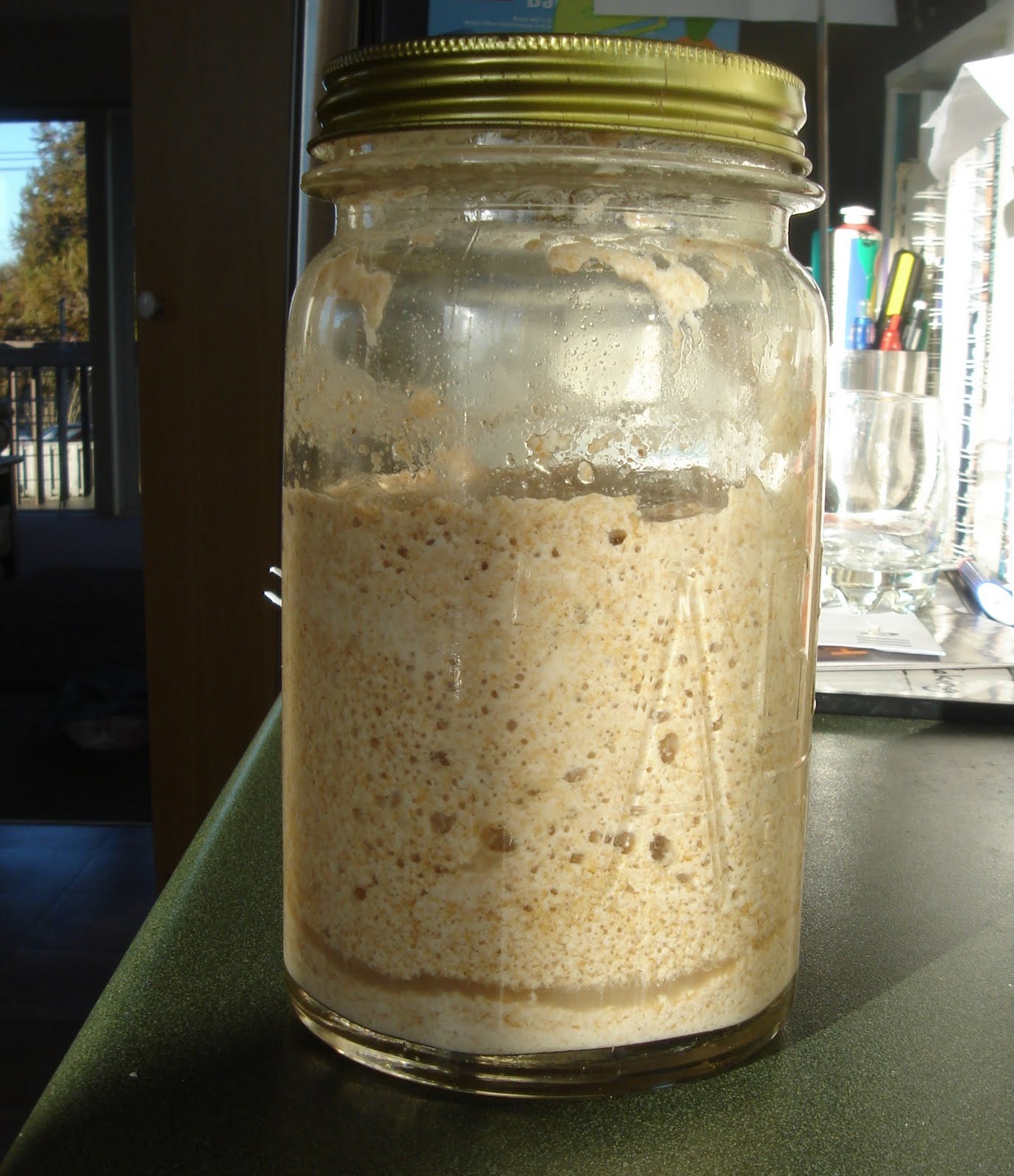 Our good mothers (and occasional father) – like a good San Francisco baker – would keep a constant batch of sourdough in their kitchen from which they would ferment their bread. These starters (aka levain) would often stay for months and years, the best of them improving with time, passed from generation to generation. Each family’s Lactobaccillus culture symbolizes that source of sizzle and growth, of creativity which quietly
sits at the center of every home and serves as the centerpiece of the family’s nourishment. Yet once a year – says the Torah – the levain is to be discontinued. As the new wheat grows in the field, it is time to give that
old fermented pod a rest. A new starter will be created. In the seven days in between, impoverished of the bread we eat each year, we turn inwards to find a deeper source of nourishment, a more crucial family cornerstone: the story of the Exodus, of how we got here – to own land and wheat and kitchens in which our dough and dreams can rise. And to give thanks for it. Then we can begin again…

The evil side of the evil side. Sometimes a two-liner in an obscure book can reveal a brand new theology, a whole new psychology. This is the case with a prayer by the Ben Ish Chai, Rabbi Yosef Hayyim of Baghdad. In his Haggadah, after annulling the Hametz (repeat three times), he includes the following prayer:

The interpretations which describe Hametz as connected to the Yetzer ha-Ra, that evil inclination within us, abound. The best of them recognize that the “evil inclination” - like leavened good and other carbs - is necessary for human life. The Talmud describes how once the Rabbis sought to destroy the evil inclination, but the next day they could not find a single egg. Without the evil inclination, intercourse became tastless, even for chickens… Hidden within the folds of this “evil” inclination is our source of creativity, of striving and achieving, of experimentation and risk-taking, of progressing, procreating and multiplying. Without it, the
world would become a monastic kingdom – and promptly wither and die. But WITH it, the world is full of puffed up egos, pernicious predators and insatiable libidos. The evil inclination – can’t live with it, can’t kill it. But for one week, perhaps, we can clean ourselves of our addiction, create space between who we “really are” sans-ego, and how we carry ourselves year-round.

The Ben Ish Chai offers a language and a challenge. The Yetzer haRa is not Ra, not evil, in its own right. It is necessary, even desirous. But like all things, it includes in it a good side and a bad side. The challenge is to peel away the “bad side of the bad inclination”, to recognize the unhealthy part of our ego, the toxic aspect of our internal critic, the fermented part of our worst selves. We search all the rooms of our soul, distinguishing between the various aspects of our internal inclinations. We peel away the bad side of our ego and bask in our “best selves”, our yetzer ha-tov. May its light shine through all year long.

Missed Opportunities. The reinterpretations of Hametz are endless. Search your pockets – not for crumbs but for illegitimate financial gain. Purge your demeanor of all puffiness and swagger in your step. Distill yourself to who you really are, before you were allowed to sit and ferment… Modern Hebrew’s usage of the word Hametz invites a new interpretation: that of missed opportunity. להחמיץ – to miss. Thus burning the Hametz becomes about letting go of all the missed opportunities, the could-have-beens and should-have-dones, the blunders and mistakes, the missed targets. In the age of multi-tasking and “being everywhere”, burning the Hametz is about being OK with being in one place at a time, being one person, flat, unleavened, present. It is the Spring Kol Nidrei – an opportunity to cleanse ourselves of what we did not accomplish – in order to enter the new season unburdened by a winter gone stale. As families get together on Passover, the weight of missed opportunities often eats at the edges, turning into a defensiveness which overwhelms the 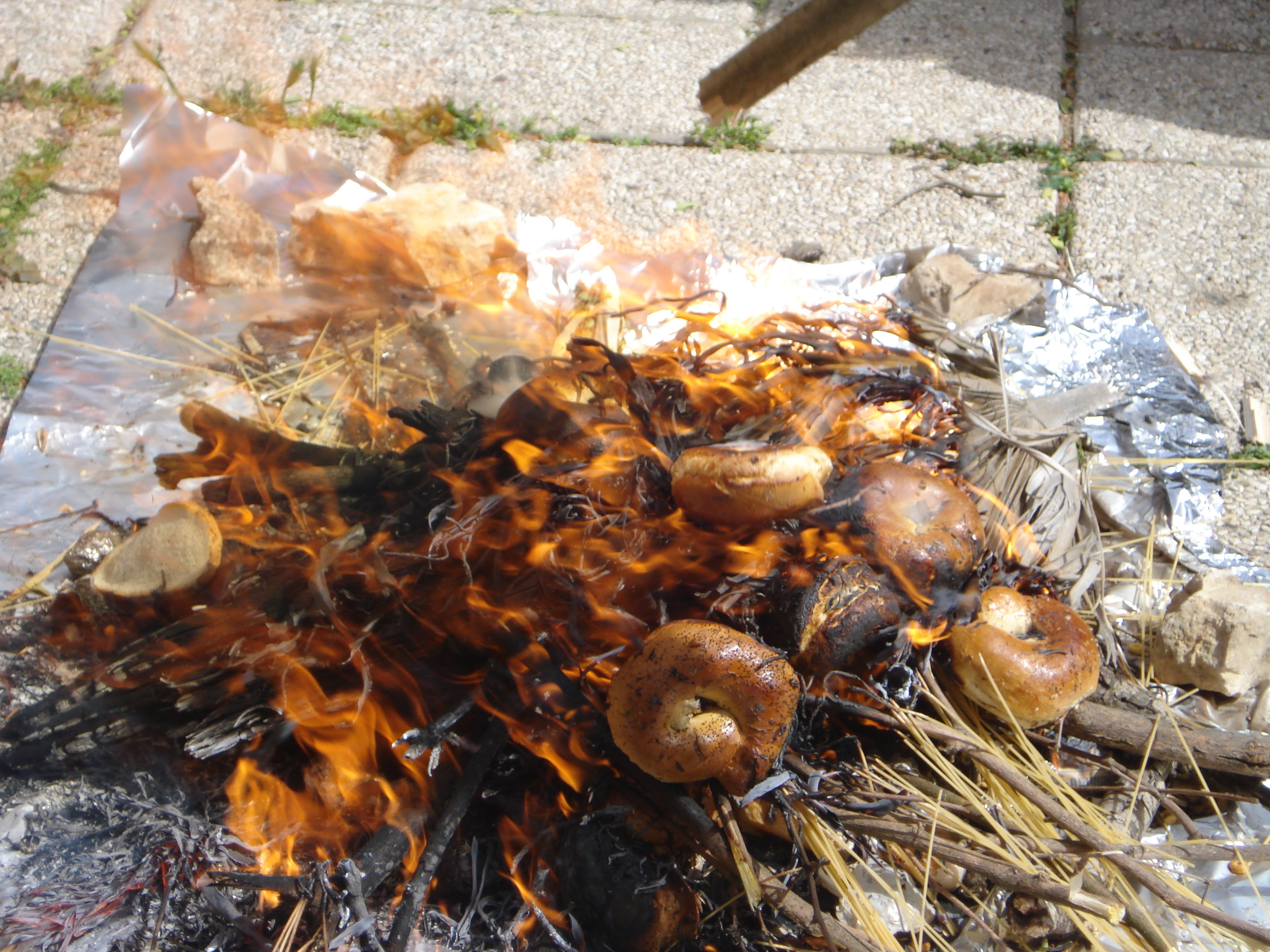 ability to simply be together (or maybe that’s just me…). Before entering the Family Seder, before beginning this long-awaited Spring, lets burn those missed opportunities, let go of the times we missed the target, and embrace the joy of simplicity and being.

Pesach Sameach, a Happy Passover!
Mishael
Posted by Unknown at 8:52 PM No comments: