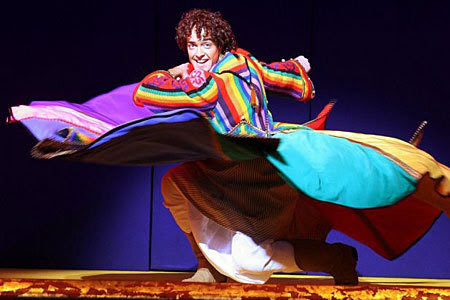 Suddenly, we are in the midst of the Joseph story. It’s the novella hidden within the Torah, rife with emotions, drama, jealousy and much soap-opera worthy intrigue. Take an evening and a glass of wine, and re-read this 13 chapter novella in one of the recent two excellent English literary translations (Fox or Alter). You might see yourself in a new light by the end of it.
Joseph feels so familiar – the promise, the dreams, the loneliness; the self-absorption, the over confidence concealing a deeper insecurity. Reading the Yosef story is an invitation to revisit sibling relationships, parental prejudice, personal calling and the burden of promise, betrayal, displacement, hunger and authenticity. It is also an invitation to be seventeen again.
Since joining the Bronfman Fellowships and spending half my time with this age group, I am struck each year by that opening line: “And Yosef was seventeen years old”. What does being seventeen mean, and how does that age continue to shape our community? Developmental psychologist Erik Erikkson described it as the “ideological age,” an age when – as a passage to adulthood – one is empowered to decide on one’s own beliefs. Ideas, issues and agendas become burning pursuits. Recent psychologists describe three competing frames which play a role in this moment – Autonomy, Community and Divinity. It’s as true in the Joseph story as it is with our fellows each year.
But what happens to those ideological questions later in life? Where does the “urge to figure out one’s own beliefs” live on? How do adults make time to wrestle with autonomy, community and divinity?
This question has been on our mind a lot at Bronfman. In recent years we have become as focused on our 1,000 alumni as on our Fellowship Year. The alumni community experience is far less intense than the immersiveness of being a fellow, in fact it is the strength of weak ties that makes our community strong. We are spread out across many fields, representing a wide variety of ideological communities and outlooks, practices and narratives. Yet we all have all experienced the value of learning from others and questioning ourselves (at least those of us who have stuck around this far). And we share a foundational experience, a common language that allows for connection and inspiration at a deeper level than adult life commonly allows for. This is what makes for great conversations, exciting opportunities, or that “jolt of ideas” we’ve come to expect from this community. It also doesn’t hurt that somewhere along the way, someone thought we were worthy of wearing a Technicolor coat.
If maturing well is the topic, though, Joseph is not the right place to look. The adult hero of the Joseph cycle is his big brother, Judah. Re-read the novella and notice how Yehuda develops, how he steps up where the eldest, Reuven, fails. How it is he who “comes near” to Joseph the Egyptian and speaks truth to power. The key to Yehuda’s growth is chapter 38, a seeming digression from Joseph’s superstardom, in which Yehuda makes a series of mistakes involving his daughter-in-law, Tamar. Tamar takes action, seducing Yehuda to reclaim her rights (did someone say soap opera?). Significantly, Tamar awaits Yehuda in a place called פתח עיניים  “eye opening”. Surprisingly, when Yehuda’s eyes are opened, he finds the rare courage to admit his mistakes. צדקה ממני - “She is in-the-right more than I!” he says.
For me, that moment is the definition of maturity. The ability to see one’s own mistakes, and grow from them. It is a skill often lost on those in the throes of the “ideological age”. Yehuda’s leadership emanates from his ability to recognize his mistakes, to open up his eyes. He not only seeks eye opening encounters for himself, but also creates them for others.

Two weeks ago we celebrated the 15th Anniversary of our Israeli Bronfman Fellows, the Amitim. It was an opportunity to reframe the community from a nostalgic teenage program to a network of over 300 adult Bronfmanim passionate about improving Israeli society (you’ll be hearing more about this soon…). At that event I shared a poem that combines the tension of the seventeen year old upstart with the wisdom of the “homeowner” adult.

HE STEPPED INSIDE MY DOOR | Eeva Kilpi, Finland

Let me know right away
if I'm disturbing you.
he said
as he stepped inside my door,
and I’ll leave the way I came.

Not only do you disturb me,
I answered,
You turn my whole world
upside down.
Welcome.

As we seek to combine the dreamer and questioner which is Joseph, with the wisdom and perspective of Yehuda, my blessing to the Bronfmanim in Israel, as it is to those in North America, is that while no longer seventeen, that once or twice a year we knock on each others door, sharing something of ourselves that is worthy of the courageous response:
Not only do you disturb me,
You turn my whole world
upside down.
Welcome.

Posted by Mishael Zion at 12:15 PM No comments: