On the way to the Promised Land, the obstacles overtake the mission, inspiration dries up and despair sets in. That’s the feeling one gets when reading the book of BaMidbar – in the desert – as it is aptly called in Hebrew. In that desert, the Israelites become mired in a universe of obstacles: complaints, delays, calamities and mutinies. This reaches a boiling point in this week’s Torah portion, Korach, when numerous groups come together to question the leadership of Moshe and Aharon.

I was thinking of these obstacles as I was reading two parables written by Reb Nachman and Franz Kafka. Both of them wrote a lot about obstacles, using similar images – but arriving at very different conclusions. Below are two such parables, for your reading pleasure:

Franz Kafka | A Message from the Emperor, 1917; translation by Mark Harman
The emperor—it is said—sent to you, the one apart, the wretched subject, the tiny shadow that fled far, far from the imperial sun, precisely to you he sent a message from his deathbed. He bade the messenger kneel by his bed, and whispered the message in his ear. So greatly did he cherish it that he had him repeat it into his ear. With a nod of his head he confirmed the accuracy of the messenger’s words. And before the entire spectatorship of his death—all obstructing walls have been torn down and the great figures of the empire stand in a ring upon the broad, soaring exterior stairways—before all these he dispatched the messenger. 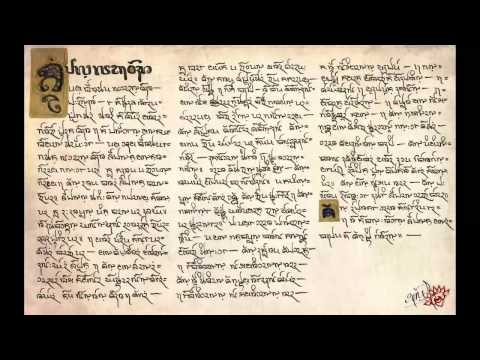 The messenger set out at once; a strong, an indefatigable man; thrusting forward now this arm, now the other, he cleared a path through the crowd; every time he meets resistance he points to his breast, which bears the sign of the sun; and he moves forward easily, like no other. But the crowds are so vast; their dwellings know no bounds. If open country stretched before him, how he would fly, and indeed you might soon hear the magnificent knocking of his fists on your door. But instead, how uselessly he toils; he is still forcing his way through the chambers of the innermost palace; never will he overcome them; and were he to succeed at this, nothing would be gained: he would have to fight his way down the steps; and were he to succeed at this, nothing would be gained: he would have to cross the courtyard and, after the courtyard, the second enclosing outer palace, and again stairways and courtyards, and again a palace, and so on through thousands of years; and if he were to burst out at last through the outermost gate—but it can never, never happen—before him still lies the royal capital, the middle of the world, piled high in its sediment. Nobody reaches through here, least of all with a message from one who is dead.
–You, however, sit at your window and dream of the message when evening comes.
This translation by Mark Harman was featured in the NYRB last July.It was put to music by Martin Bresnick.

Reb Nachman of Breslov | Likkutei Moharan vol.II 46
Know, that the obstacles that every person has in living a spiritual life, doing Avodat HaShem... to every person it seems, as if their obstacles are greater than that of their fellow, and it is so hard to bear them. But know, that every person's obstacles are according to their powers, as much as they can take and withstand if they wish to. And in truth there are no obstacles, for even in the obstacle there is the Blessed One cloaked within the obstacle.
And this is like the parable from the Baal Shem Tov which they tell:
A parable of a king, that placed a treasure in a certain place, and created an illusion of many barriers upon barriers around this treasure, so that when people arrived at these walls, they seemed like actual walls, and it was hard for them to break through them. Some people returned immediately, and some broke through one wall and arrived at the second wall and could not break it, and some broke through more but could not break them all,
Until the King's son arrived, and said: "I know that all these walls are only illusions, and that in truth there are no walls at all", and he walked safely until he passed them all.
And from this will the wise person understand the parable easily – that all of the obstacles and the temptations and the distractions, which are like walls that surround the treasure of a relationship with God, are really illusions. Rather, the essence is to have a strong and brave heart, and then a person has no obstacle whatsoever, and especially the obstacles that derive from the material world, such as finances, or his wife, children, in laws or parents, etc., they are all null and void for a person whose heart is strong and courageous towards the Blessed One.

The stories are as striking in their similarity as in their differences. For Kafka the King’s interest in “you” is random, baffling, a mystery (and all the more romantic for it). For Reb Nachman the relationship is not random at all. His assurance does not come from the outside world, rather his assurance comes from an internal certainty: I am a child of the King. In existential terms (as opposed to ethno-particularistic terms) that would translate into “I know I am desired.” The King has your best interest in mind. That realization allows Reb Nachman to break through the obstacles.
Is the difference between them rooted in the fact that one inhabited a religious world and one a secular world? Since one of them mentions parenthood, I wonder what these parables teach us as parents, what is it was should and can supply for those we seek to invest in?
One of the most powerful differences between the stories is in the perspective. In Kafka’s parable, the protagonist, “you”, are a passive spectator waiting by the window, while the King is both naïve and irrelevant (dying). For Reb Nachman, the King is absent as well, but far from uninvested. The King is a distant parental figure, but a savvy one – offering both love and distance in a complex formula that seeks to empower (even at the risk of alienating). It is the protagonist that is the focus though: fully active, scaling walls and breaking through barriers. Focusing on what they know to be true, not just what they see, the beloved child can break through even the greatest obstacles on the way to achieving the promise.