Anyone who has initiated a difficult conversation knows that moment just before, hand hovering above the doorknob, trying to discern what exactly should be said to gain the desired outcome. Rehearsed lines feel empty, and a chasm yawns between what we know must be said and the zone in which we don’t know what will happen next. It is this moment that is captured in the crucial conversation of Megillat Esther. 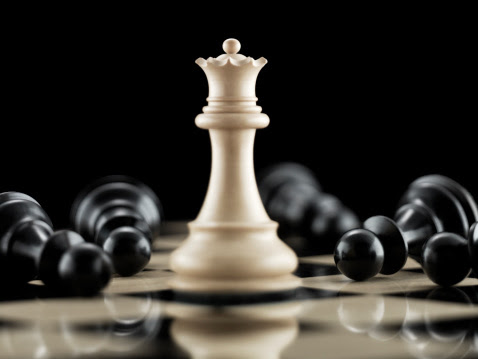 The scroll of Esther loves conversations. There are sixteen of them in the scroll (twelve of which are with the king), and each one lasts for no more than two or three exchanges. These exchanges resemble less dialogues and more moves on a Chess board, deft strategic movements in a longer campaign. Fittingly, the game of Chess came to us through Persia, the Persian "Shāh Māt!” - Persian for "the king is helpless" - is our “Check Mate”. Like chess, in the Game of Esther the king is weak, the queen versatile, and the early moves end up determining how the end game is played out. In the crucial campaign, a pawn named Harvona makes a fateful move, while and the opponent is caught trying to capture the queen…
The longest conversation of the book is the exchange between Mordechai and Esther which takes up the bulk of Chapter Four. Mordechai begins in commanding mode, forcing Esther out a defensive position and into engagement. Esther pushes back, fortifying her protective stance. Mordechai then plays his trump card, getting Esther to switch from passive defensiveness to full offense. But when she does enter play, it is on Esther’s own terms. The chapter ends with Mordechai doing “as Esther commanded” (read the full dialogue here).
As someone who hates playing chess but loves reading the chess column in the newspaper, I’d dare to summarize the five-part conversation into three crucial moves. One leitmotif recurs in them, evoking the key theme of the Megillah.

Move 1: “And Mordechai Knew”
The Chapter opens with Mordechai “knowing”:

Like God at the beginning of Exodus, Mordechai knows. Now he is in search of his Moses to redeem the people from their oppressor. We later find out he has a copy of the edict itself, and perhaps even some inside information from the corridors of power regarding how this decision was made. We’re not surprised: Mordechai is, after all, the epitome of the court Jew, the insider. Just as he knew before that two of the King’s guards plan on assassinating him, so now he “knows” when it is his nation that is about to be killed.
Mordechai’s response s intense: he dresses in sackcloth, paints his face in black ash, and lunges straight for the palace square – a place which is a second home to him, but in which it is well known court protocol that one many not enter in such provocative and dishonorable garb.
What is Mordechai thinking? Is this a political move of demonstration in the public square to appeal to the ruler to change his verdict? Is this a religious act, fasting and mourning, appealing to the King of Kings to do what he did in Egypt so many generations ago? Or is this perhaps a mortified Mordechai who realized that his own stubborn insistence to not bow down before the King’s new darling vizier has now doomed his entire people. Is proud Mordechai now penitent?? We don’t know, but Mordechai does. 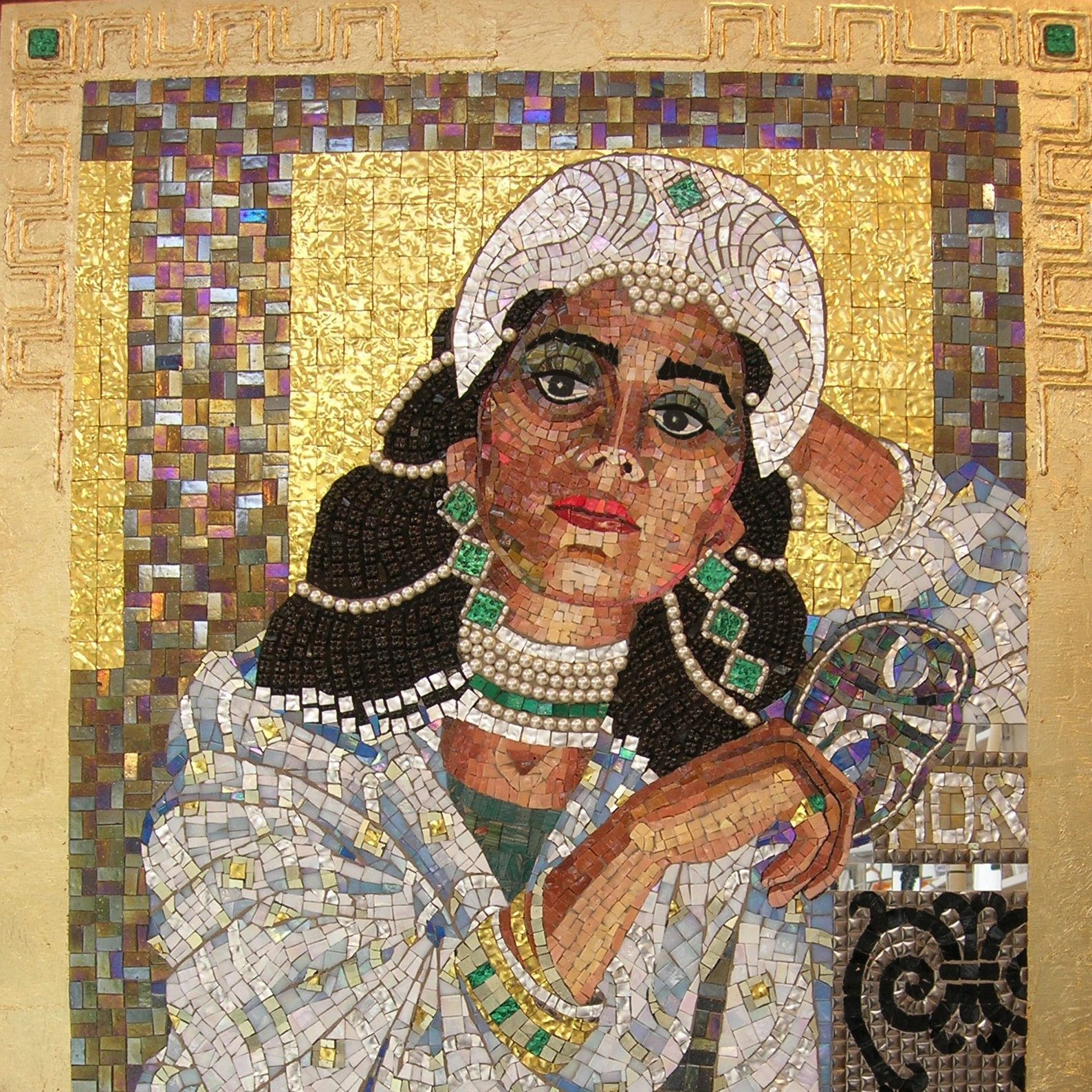 One person, however, doesn’t know. Esther. Hidden in her harem, shielded from the news and masked from any association with the Jewish people, she’s described as enveloped in a world of courtesans and eunuchs, oblivious of the world around her. International headlines and backroom politicking are beyond her, but Shushan fashion and court protocol make their way to her room instantly. When reports of Mordechai’s severe break of protocol (or civil disobedience) reach her, she is hysterical (to be read with full Freudian and critical feminist evocation), and immediately demands to know “what is this and on what this is?” Her reaction suggests that perhaps Mordechai was not trying to impress neither King nor King of Kings, but rather was aiming at his niece, the Queen. He knew, and he knew she didn’t want to know, so he found the best way to grab her attention. But now that he has it, well, now what??

Move 2: “Everybody Knows!”
Mordechai commands Esther to go to the king and beg to him on behalf of her people. He is asking the world of Esther – to reveal that which she has sought to hide, to interfere in the matters of the court, to turn from a pretty face into an advocate of a minority whose execution has just been ordered. But Esther’s response does not dwell on these issues. They key words in her response to Mordechai’s knowledge is another sort of knowledge:

Mordechai might know something about his people, but in the process he forgot what “everybody knows”. Even Herodotus knew that about the Persian King (Herodotus I 99). Did Mordechai not notice that this empire works on adherence to strict protocol? Does he not recall that Vashti was killed because of her disobedience? Esther sees no point in getting killed in the process.

Move 3: “Who Knows?”
Mordechai’s final move on the chess board is a fascinating one. If he’s read his Bible well, he knows that prophets and messengers in the Bible never accept the mantle of leadership and action lightly. Moses, Jeremiah, Gideon, Ezekiel – they all pushed back when God told them to step up. God’s response is always to invoke his own knowledge (“Before you were born I knew you”, or “here is the sign that you shall know that I am with you”). But Mordechai takes a different approach. Something has changed. From acting out of a place of certainty (“Mordechai… commanded her to go to the King…”) he invokes a place of doubt and uncertainty:
“Who knows if for a moment like this you reached greatness” (Esther 4:14)
וּמִי יוֹדֵעַ--אִם-לְעֵת כָּזֹאת, הִגַּעַתְּ לַמַּלְכוּת
Who knows indeed. Mordechai’s words can be accepted by Esther when he offers not knowledge and certainty, but rather recognizes the uncertainty. There is no clear calling, there is no pre-destiny. Who knows. Once that is embraced, action can be taken.
Mordechai’s winning move on the chess board is an indecisive one, and in that lies its power. From here on in Esther takes over the board, leading a complex strategy that only she understands, thinking four steps in advance and setting into motion a play that will lure Haman into a trap that will end with his demise. Who knows if she would have succeeded if other things hadn’t happen by chance (or covert miracle). What is clear at the end of the chapter is that by surrendering herself to the uncertainty, and being willing to accept the worst case scenario of her actions, she can eventually prove that indeed, there was a calling to her rise to greatness.


“Who knows” מי יודע remains the cri de coeur of the Book of Esther. It is the modus vivendi for life in exile. Not necessarily the exile of the Jewish people, rather, it is a world in which God is in exile, certainty is in exile. Knowing is not enough. Accepting the fact that all our actions are “who knows” moments is the one that can allow us to reclaim agency and change the status quo. We might even find out why we reached greatness after all…
Posted by Mishael Zion at 8:35 AM